The team learns that their 14-year-old patient is suffering from more than teen angst when her physical symptoms worsen. Despite Foreman’s firm opposition, House becomes obsessed with solving a peculiar case of a deceased four-year-old patient, which gets him into serious trouble. Meanwhile, Park tries to get Chase (Jesse Spencer) to admit the reason behind his recent obsession with grooming. 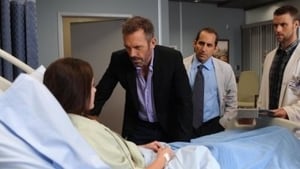