Malcolm in the Middle: 6x11

When Lois buys a brand-new king-sized bed, Hal thinks that her motive is to put more distance between them and refuses to sleep in it. Moved to tears by an opera he sees on television, Dewey is inspired to write his own operatic masterpiece, “The Marriage Bed,” which is based on his parents’ fight and turned into a school production. Meanwhile, Malcolm and Reese build their own street luge board; and Jamie falls head over heels for the baby girl across the street. 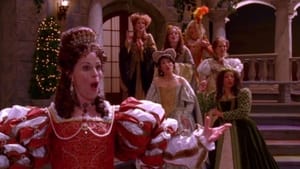